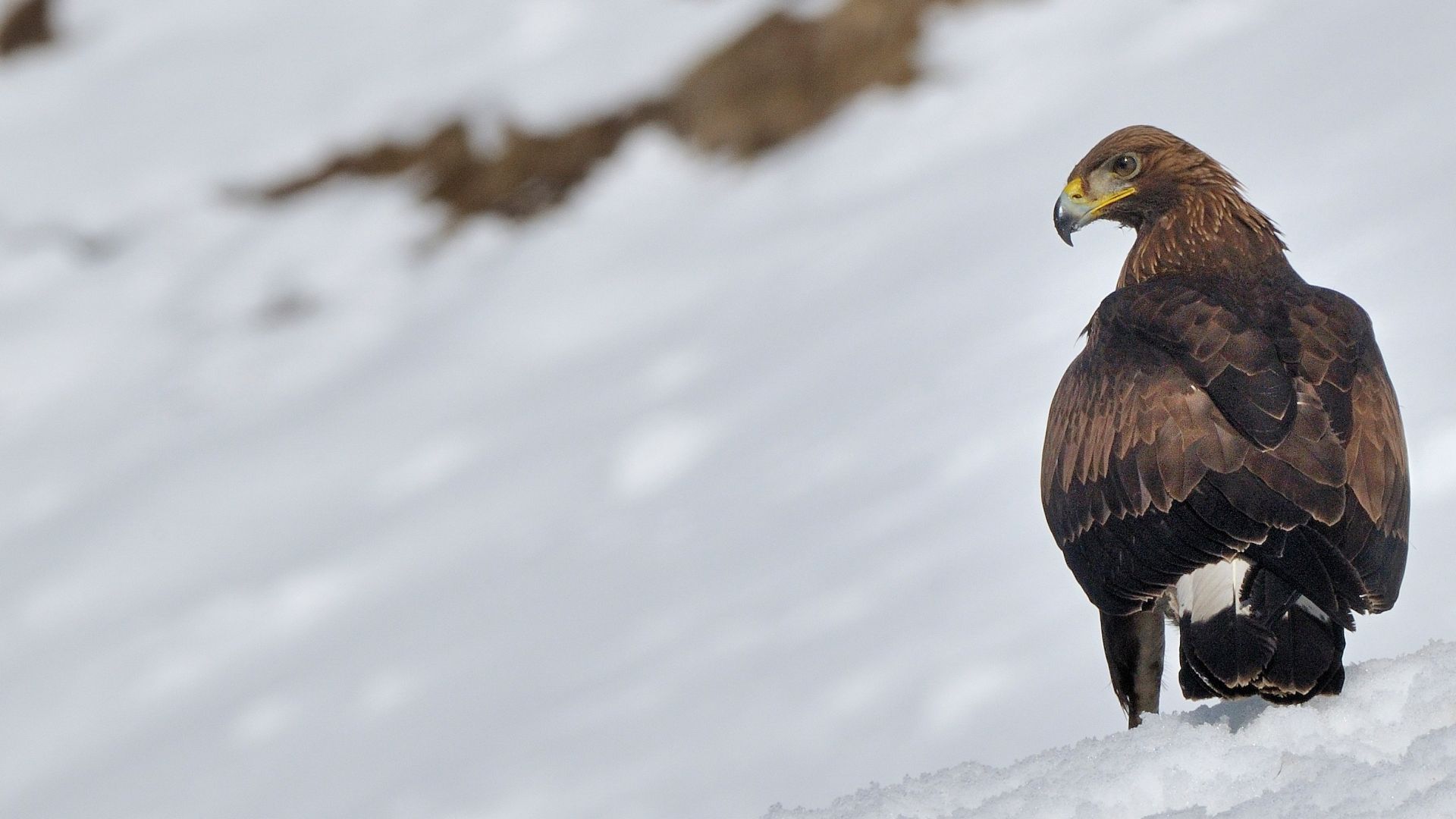 There are currently two couples of nesting Golden Eagles within the boundaries of the Natural Reserve. Accordingly, the species is subject to special monitoring by the RNN team (Photo credit: Clovis and Marceau Duraffourg).