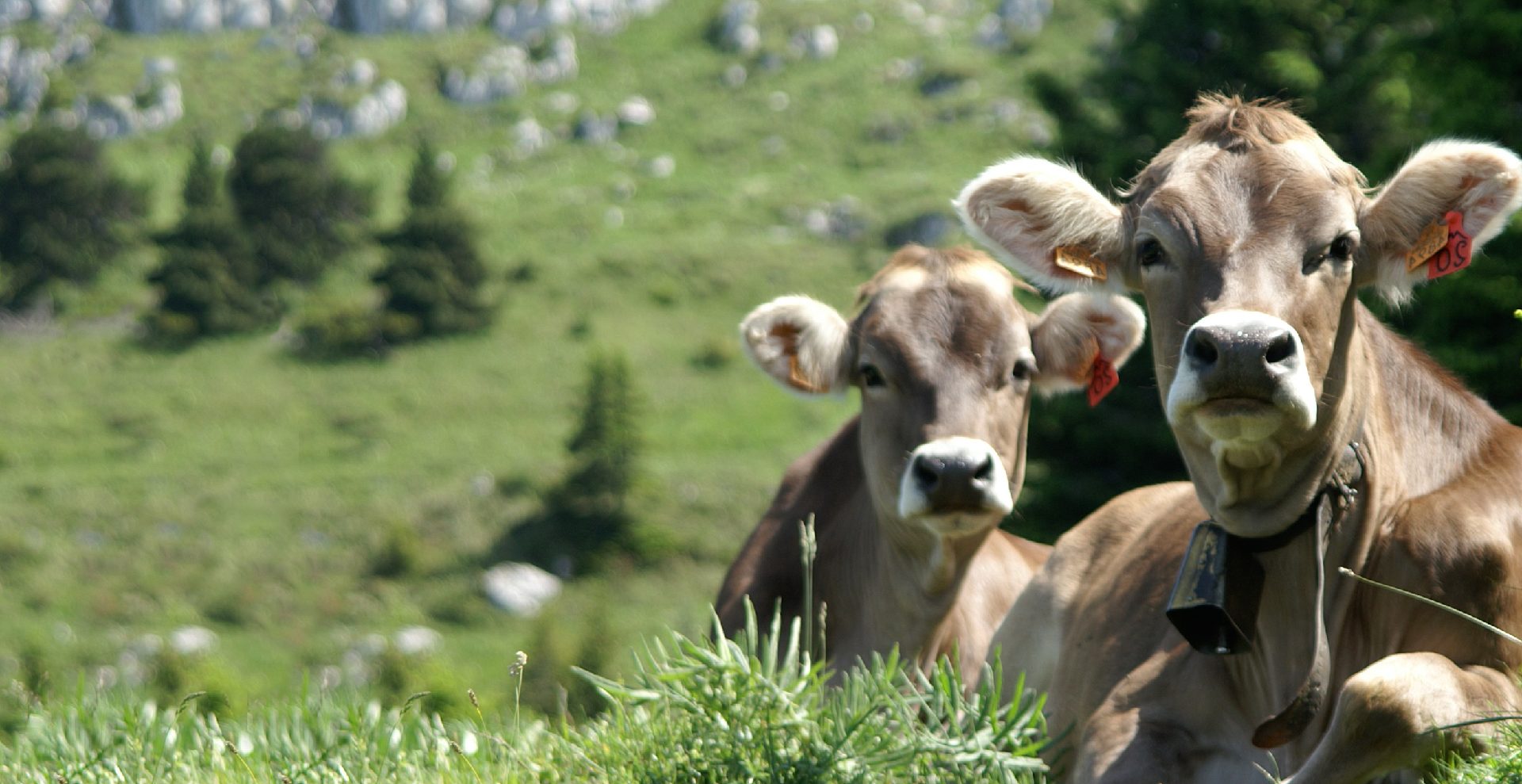 Cattle in their summer pastures

The alpine meadows are predominantly used to raise and fatten heifers. Today 3,500 hectares of pasture are available for summer grazing of around 4,000 head of cattle (Photo credits: Frédéric Ravenot).