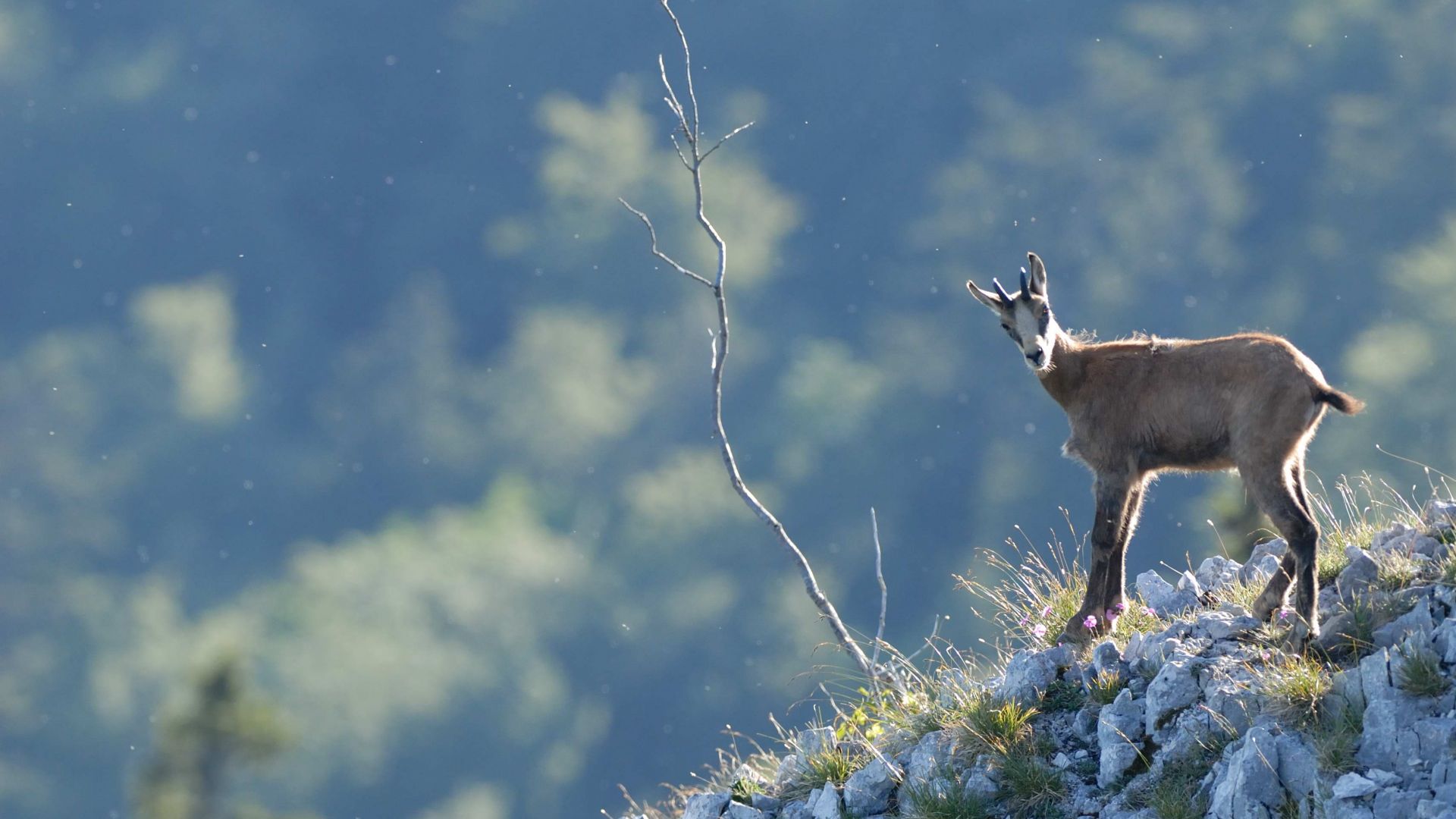 The largest population of Chamois in the Jura Massif (600 individuals) scamper agilely over the scree, the grassy uplands or the forest undergrowth of the Natural Reserve in search of food, leaping from slope to slope, depending on the time of day or the season (Photo credits: RNNHCJ).